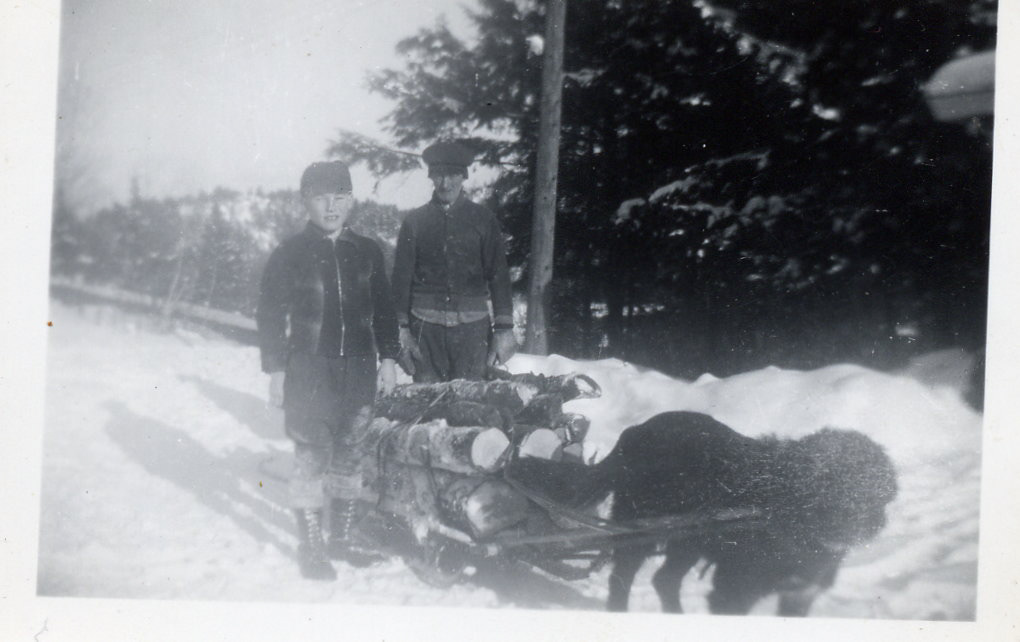 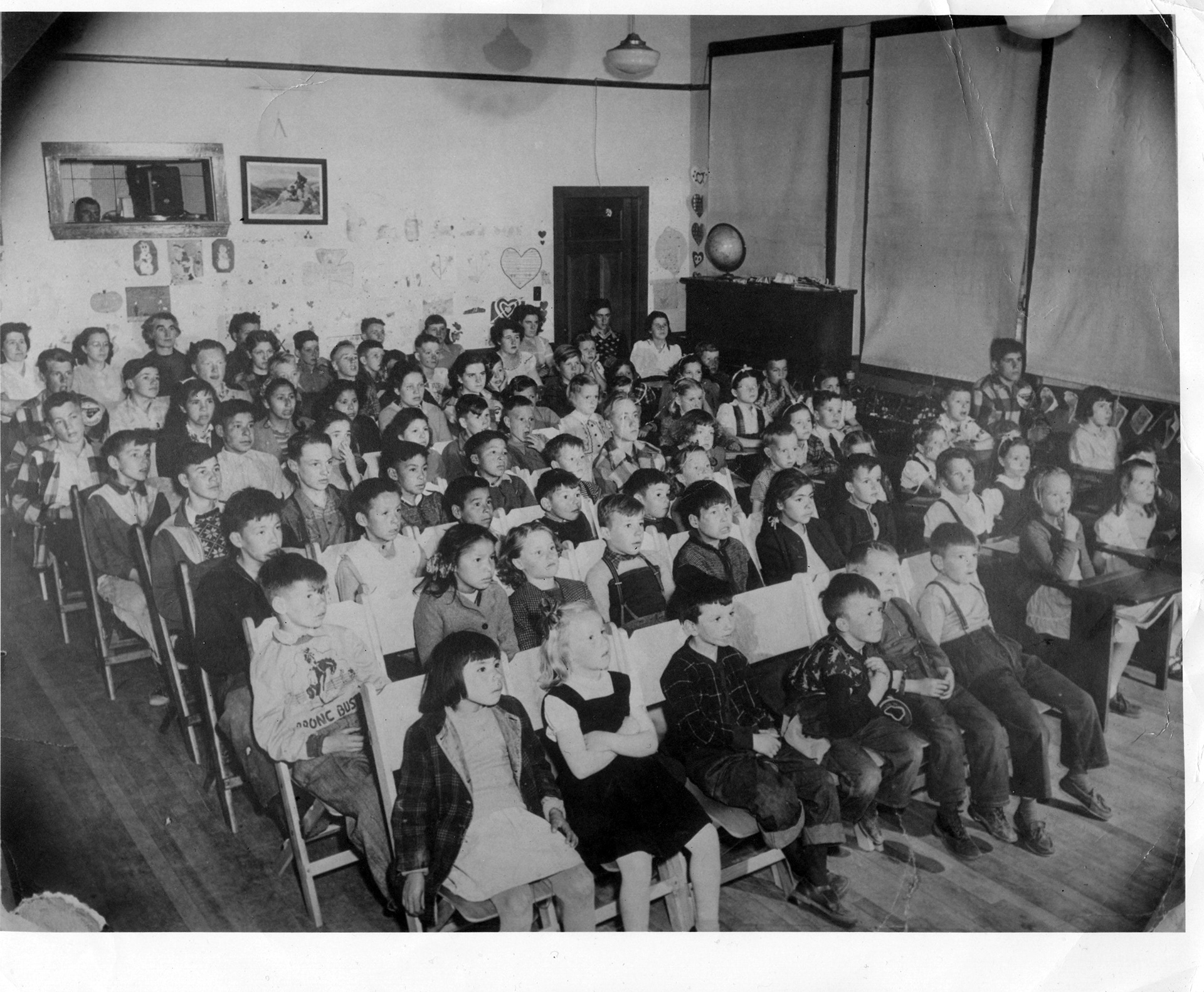 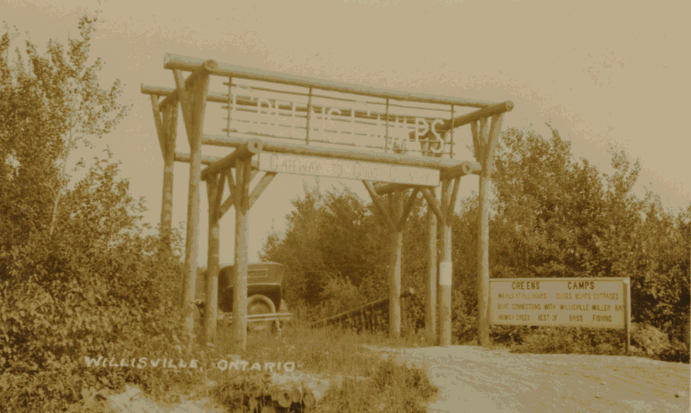 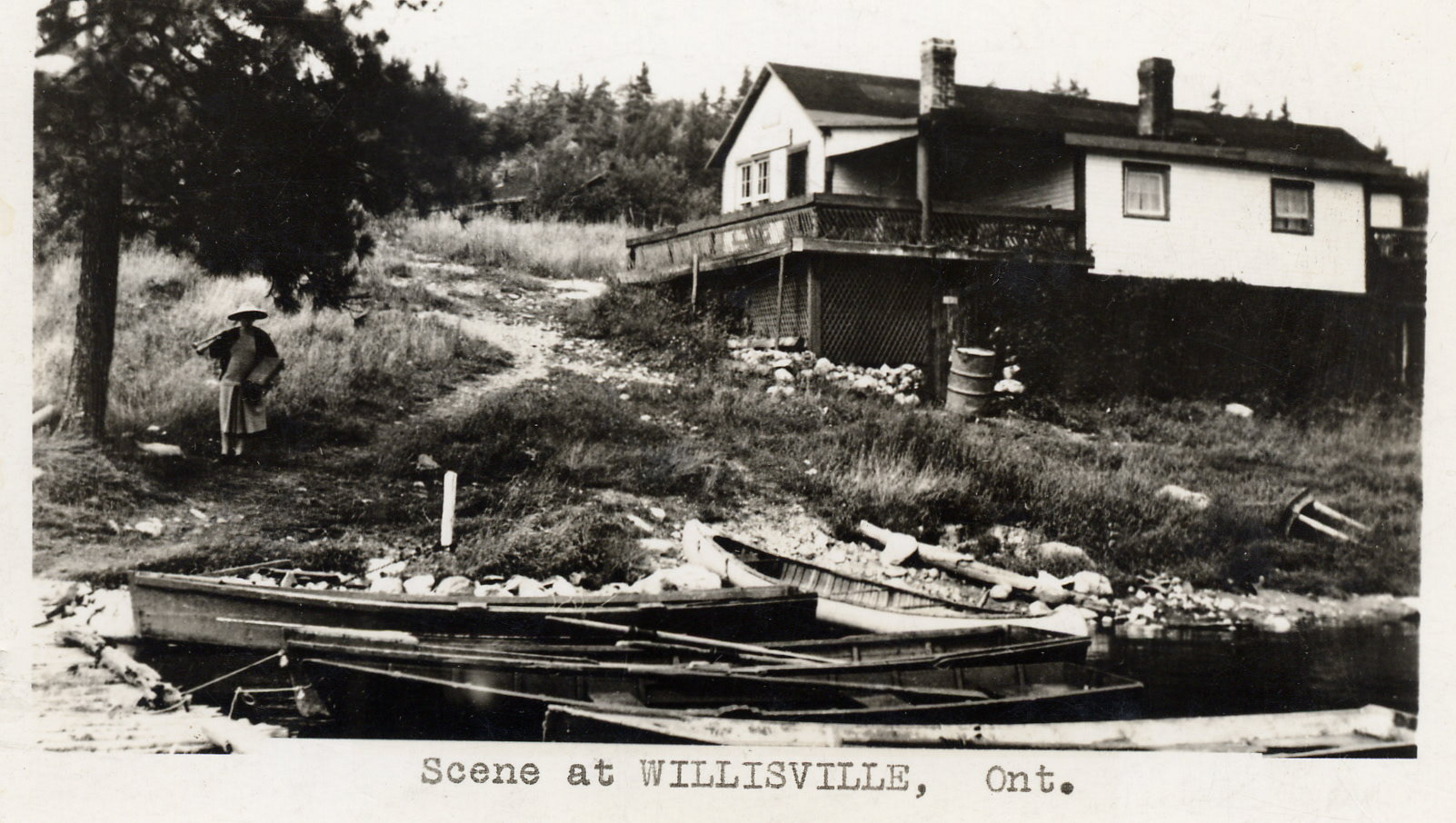 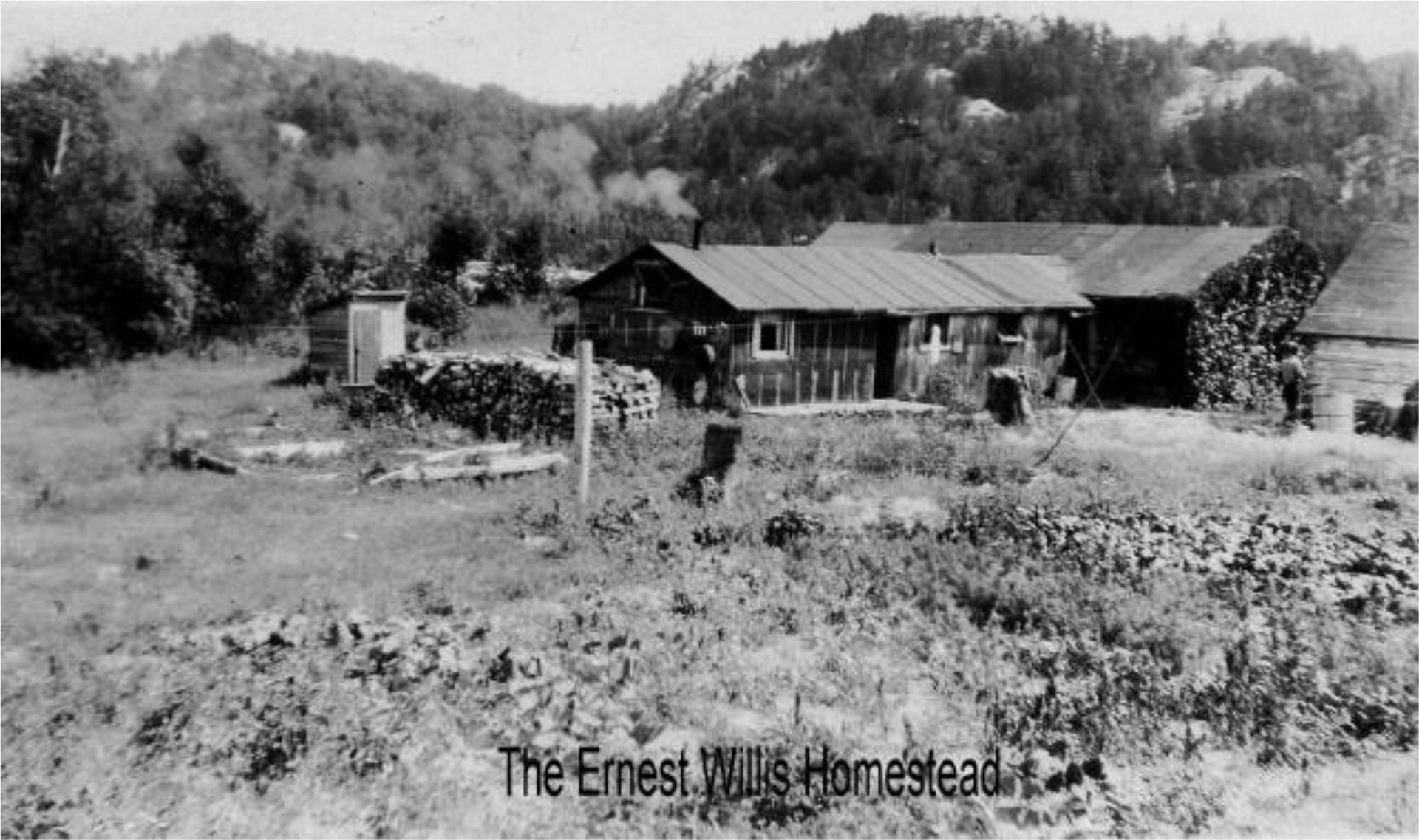 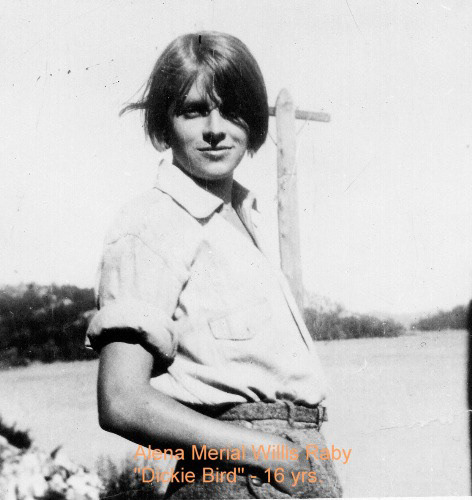 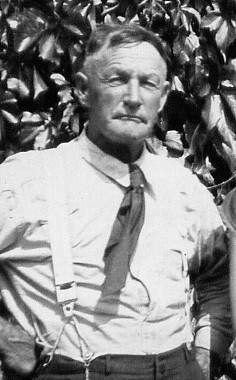 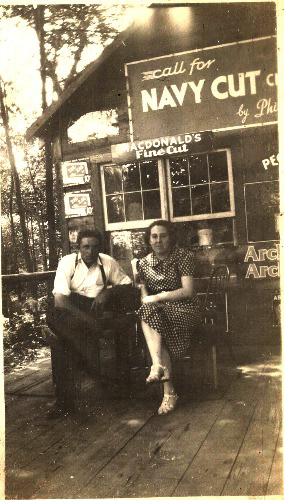 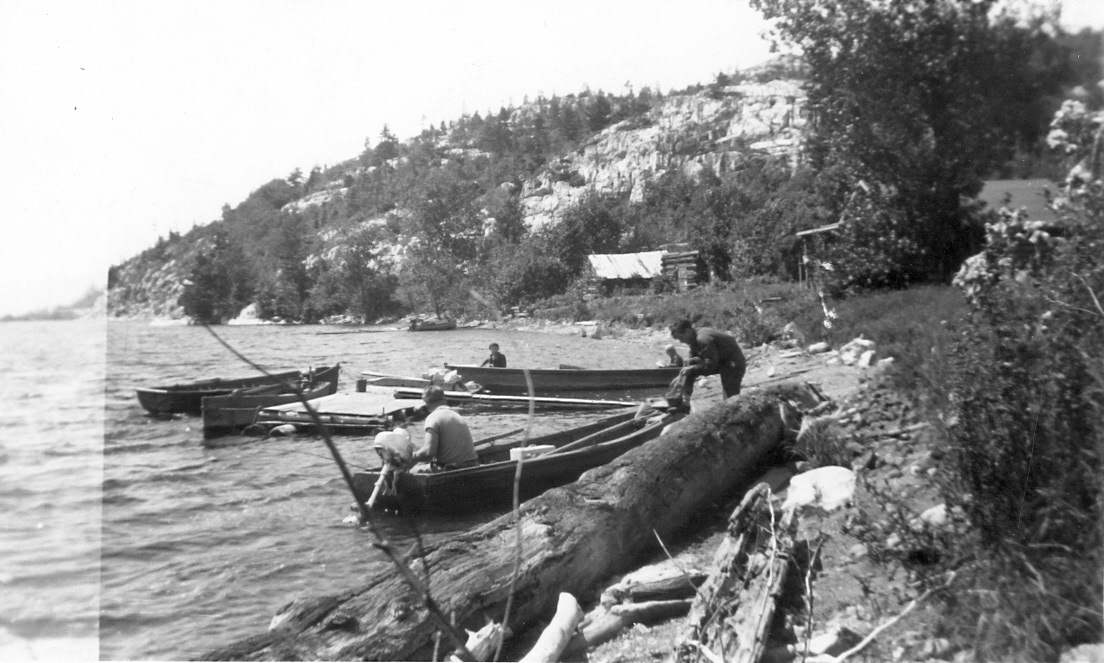 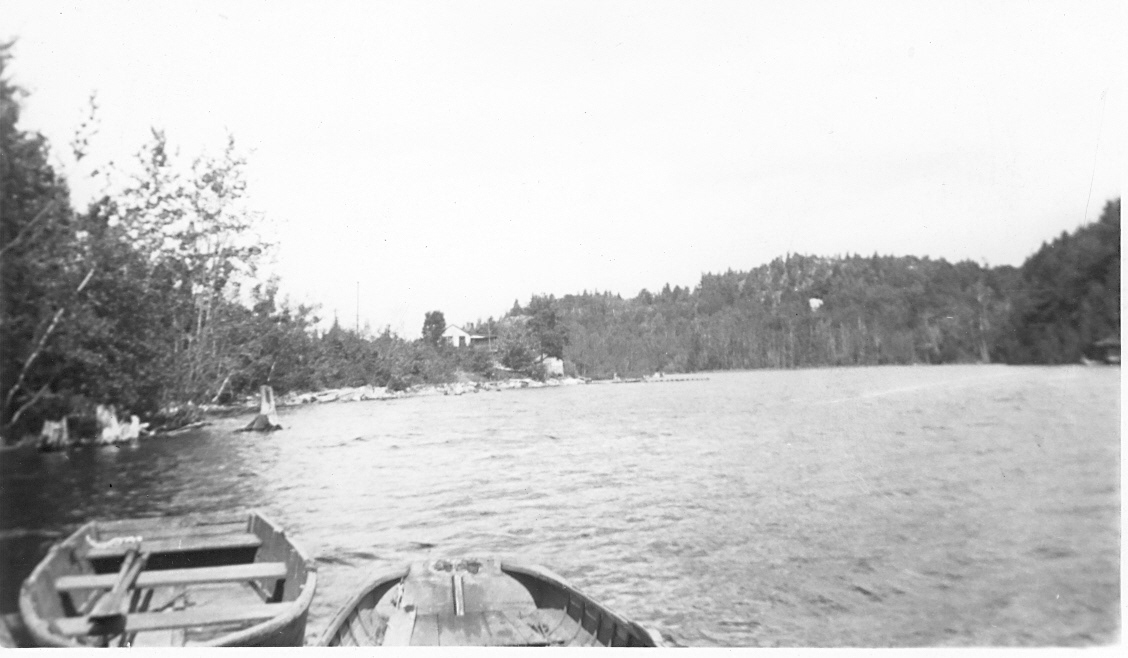 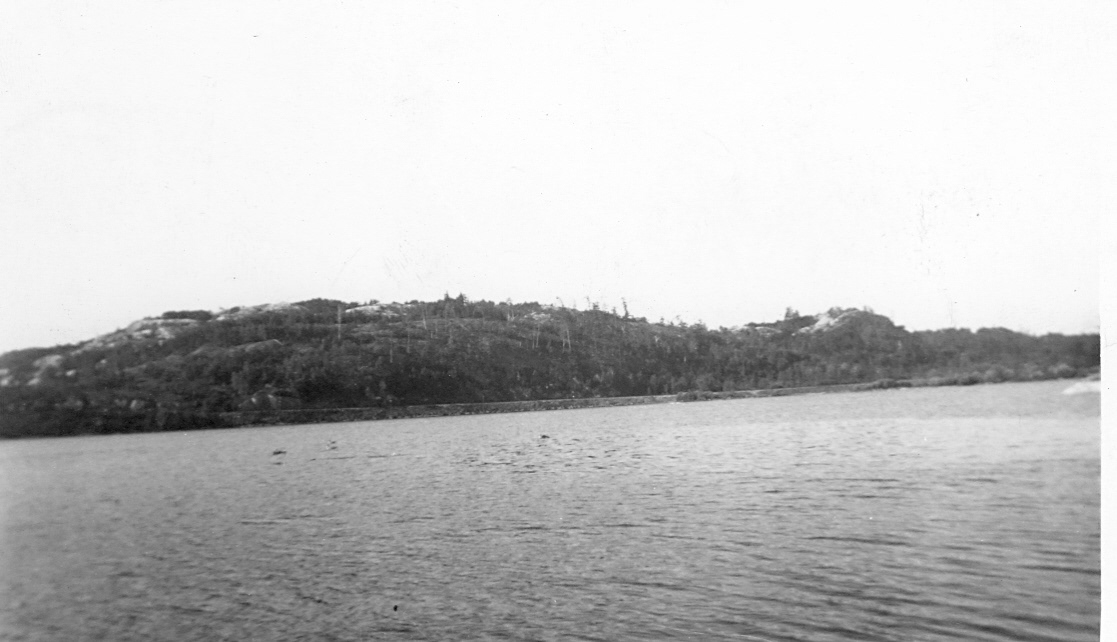 Looking right from Willisville Docks at Lawson Quarry circa 1940 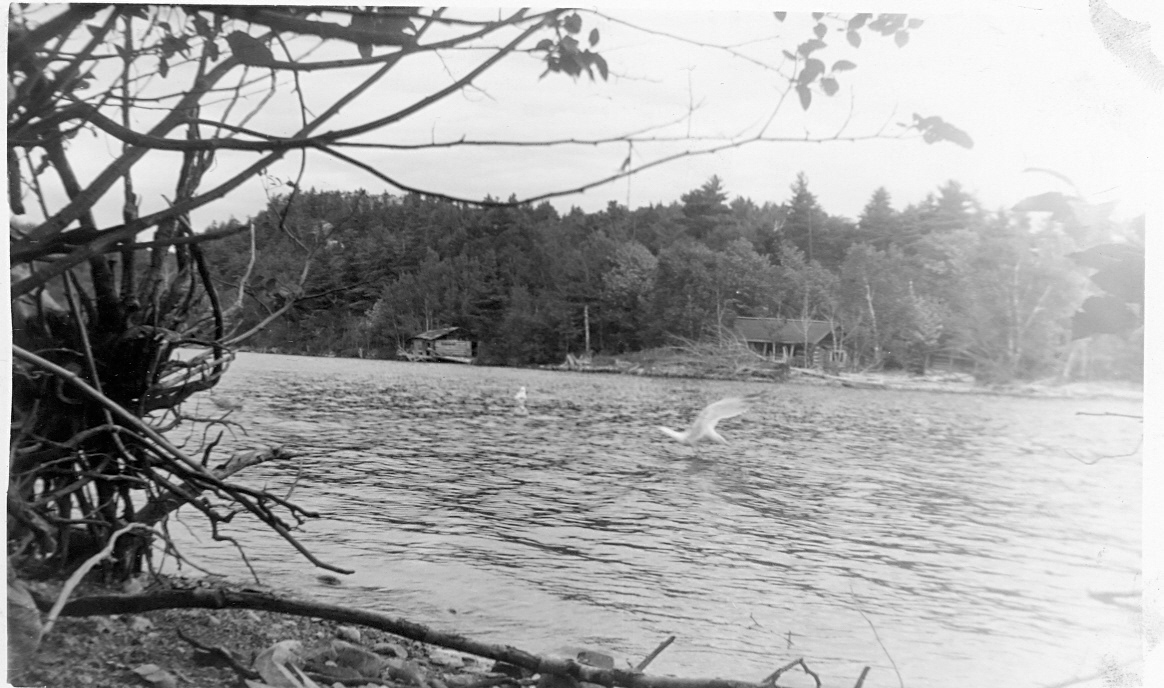 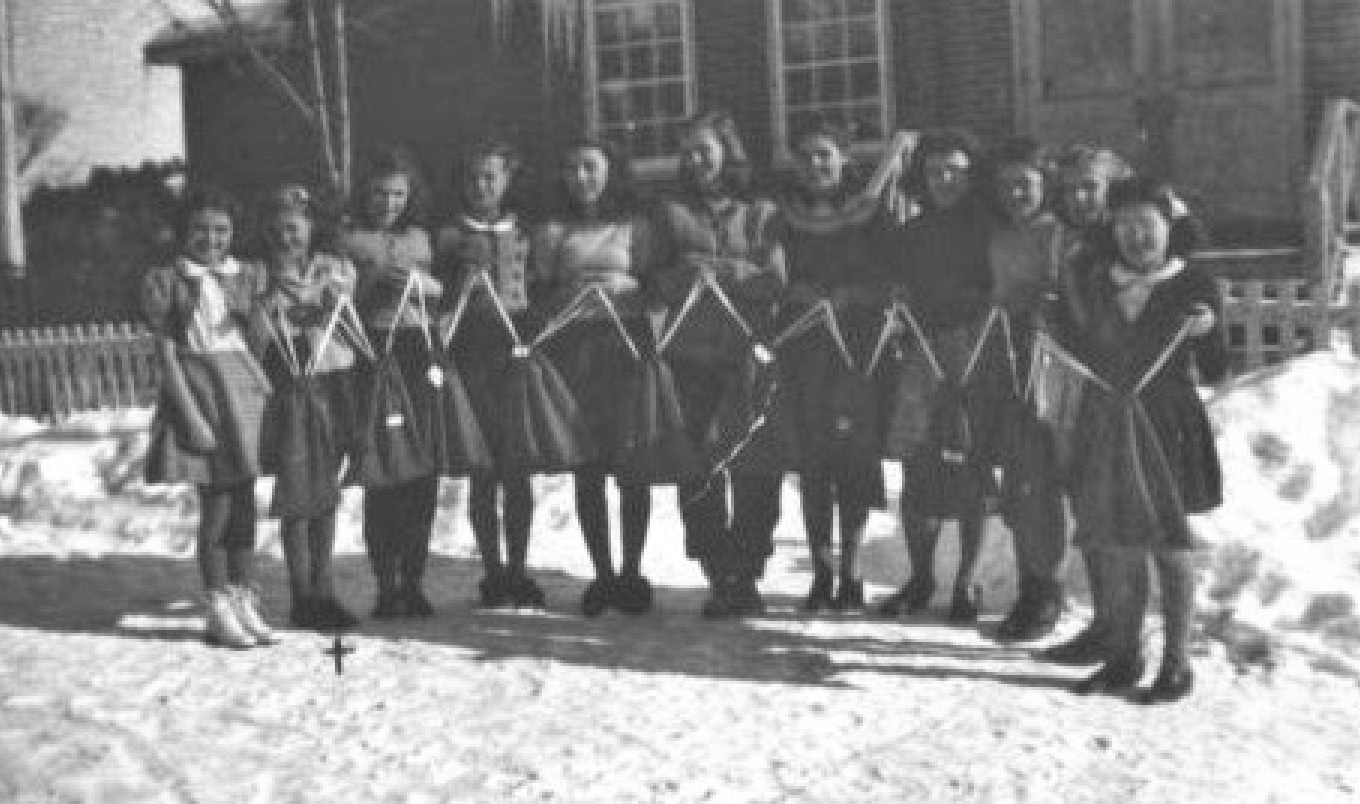 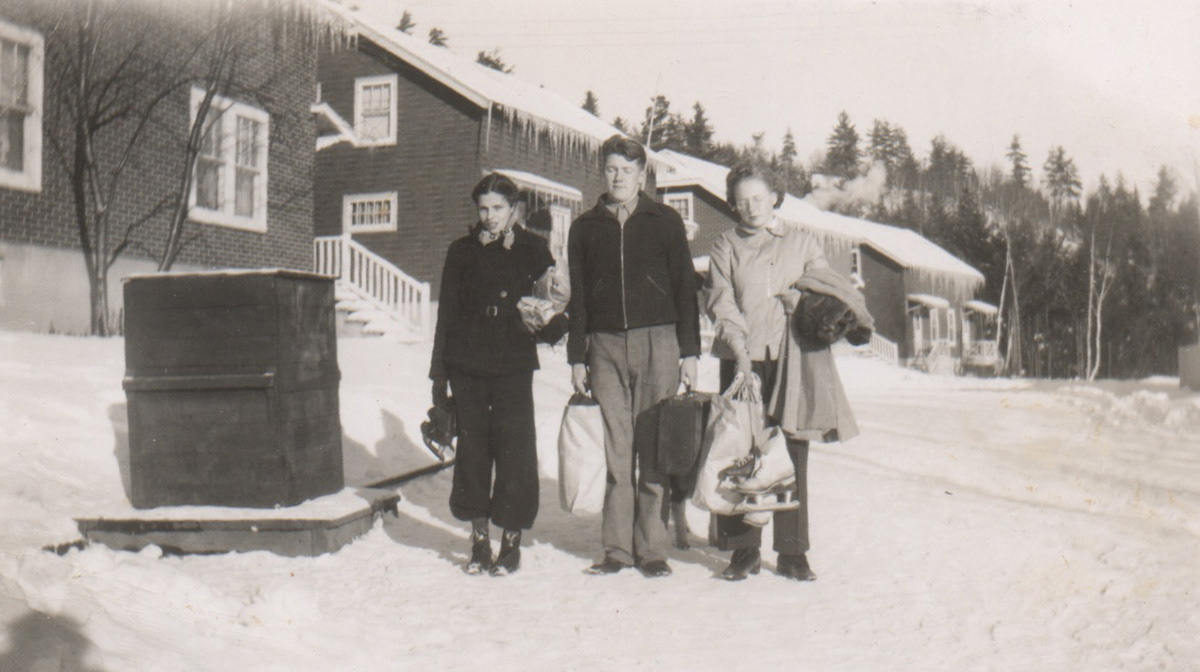 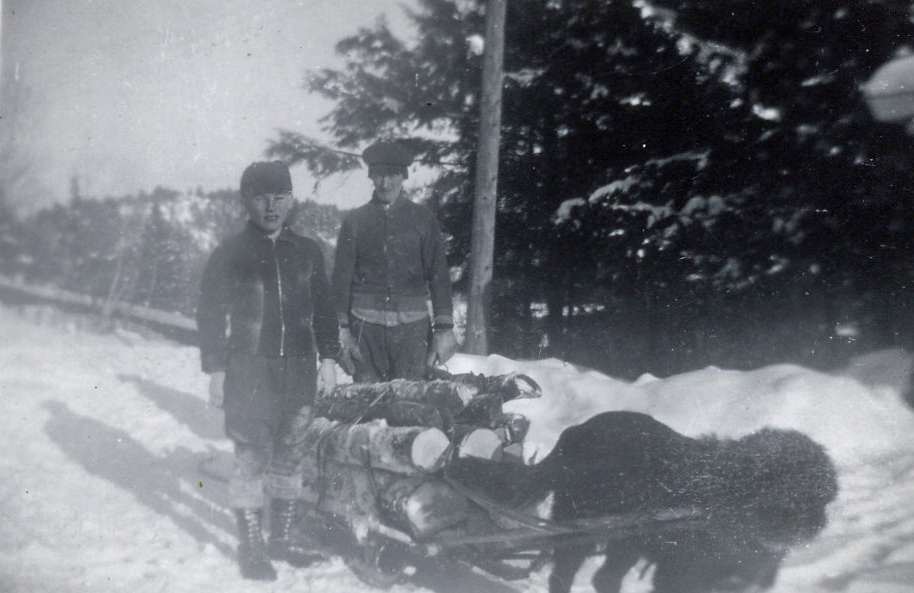 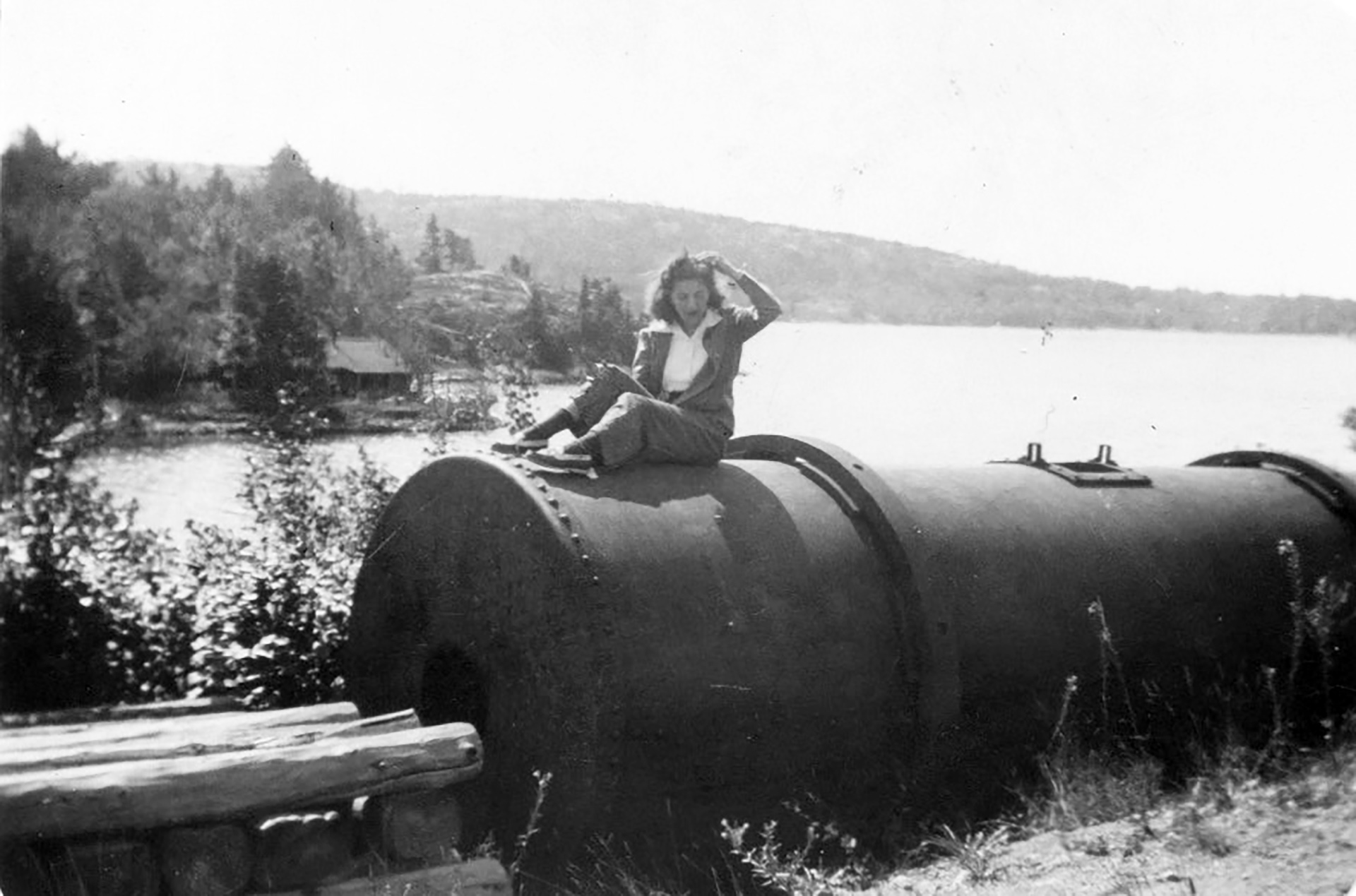 Jane Pruden on the old mine roaster 1940 - Brad Pruden 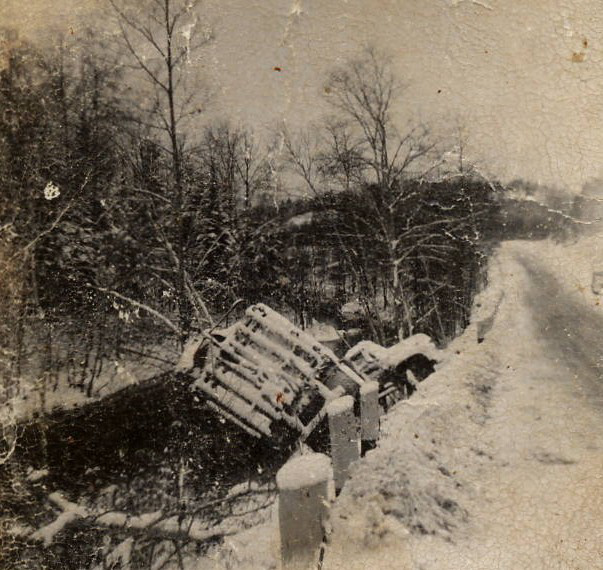 The turkey truck incident on the widgawa hill 1944 - harold golden 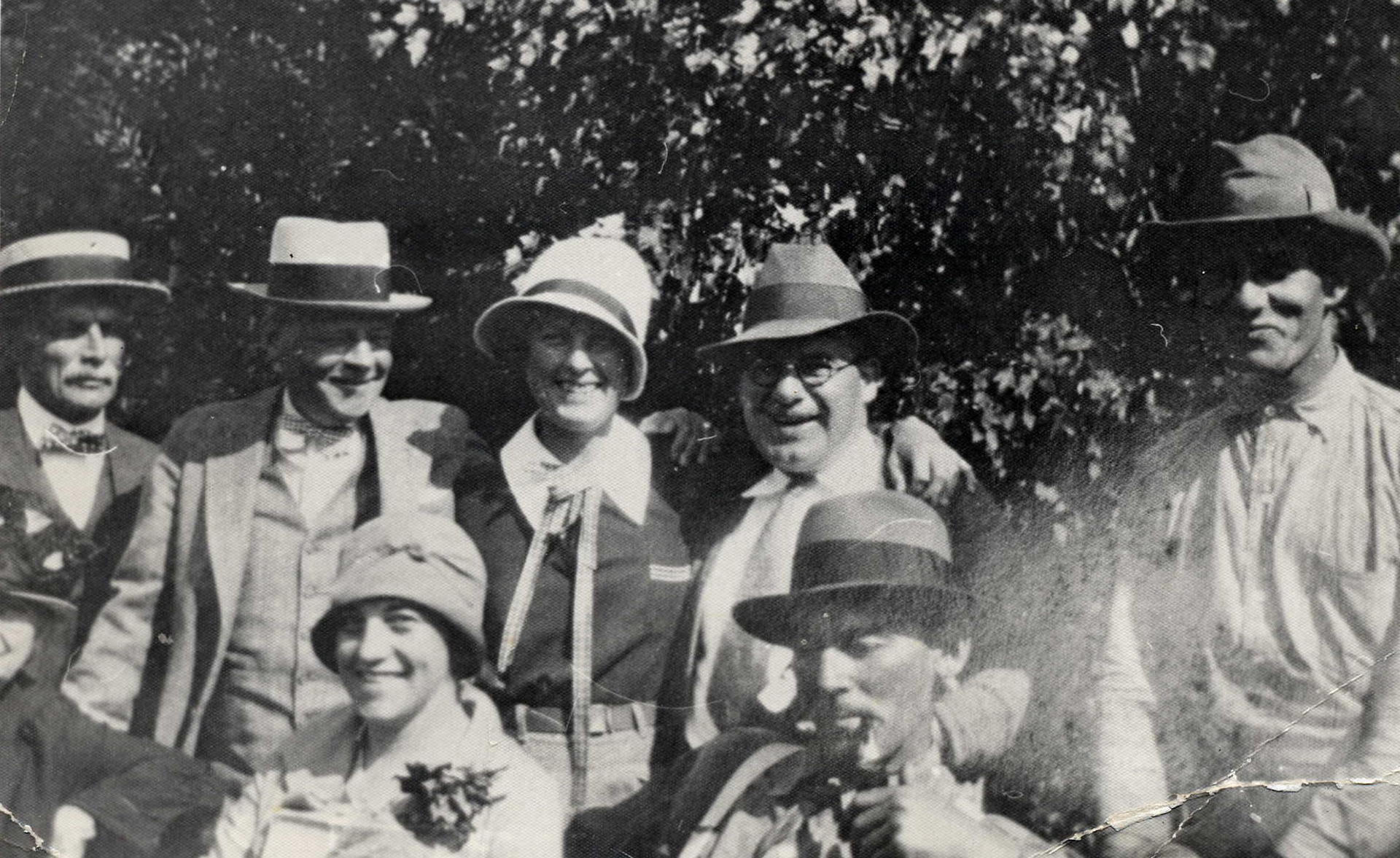 waiting for the train at Willisville 1930s - rockwood collection 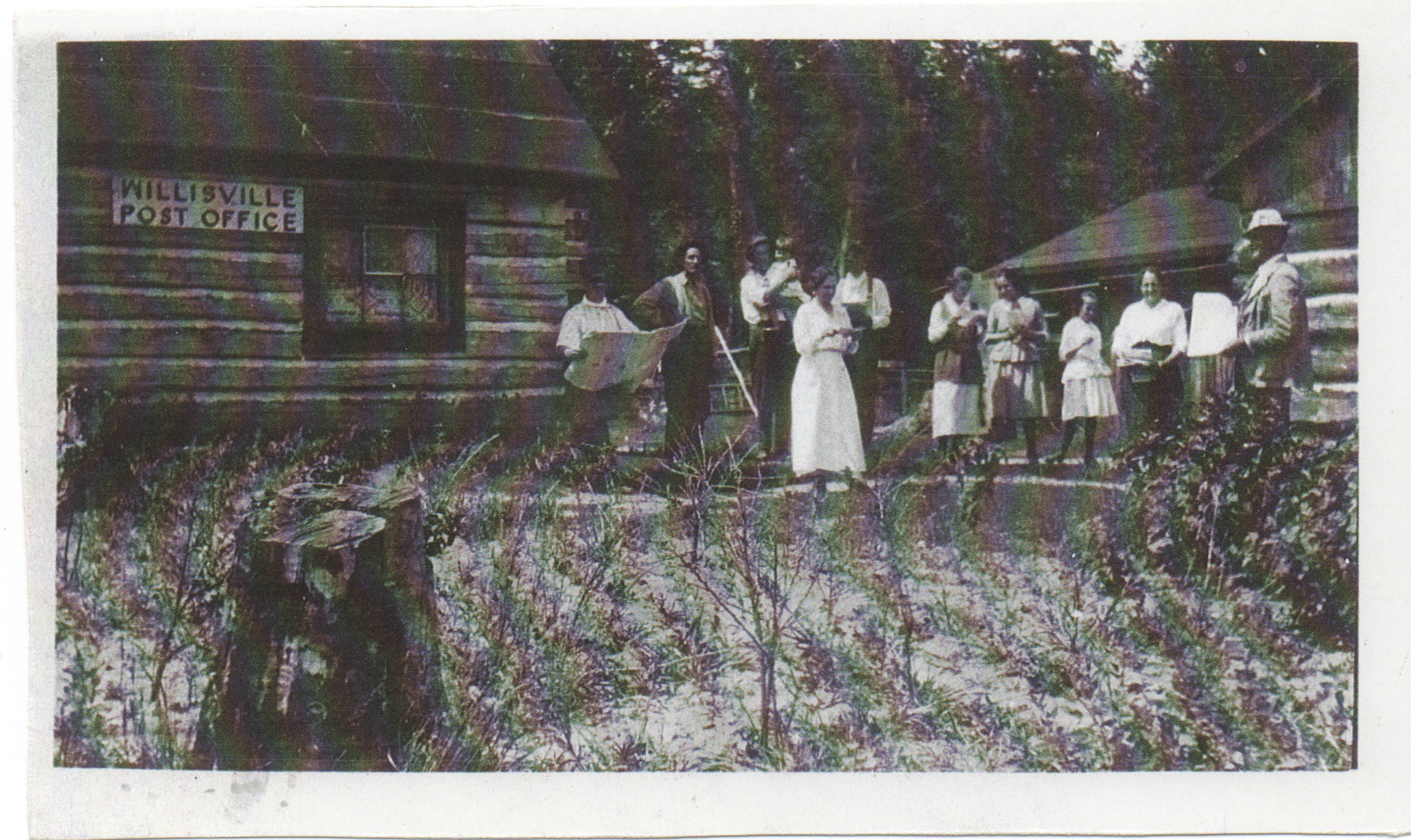 'One of the many pretty scenes near Willisville' mailed from Willisville in 1937. A hugh Cummings photocard.
"Say don't you know how to write letters. I have only received one. Alma you ought to be here. The grasshoppers are just thick. Every time you go to the Miss Jones they fly up like bees. Don't know when I'll be home."

In 1871, exploratory surveys for a trans continental rail line had been undertaken south of lake Nipissing to Ste. Marie from Mattawa. The Canadian Pacific Railway was committed by the articles of incorporation in 1881 to build an all Canadian route to the pacific coast. However, until a feasible route could be determined north of lake Superior, water transportation between Sault Ste. Marie and the lake-head was employed as stop gap measure.
In 1881, a line was located westward to near the mouth of the Spanish River or Algoma Mills and as matter of expediency, temporary port facilities were begun there instead of at S.S. Marie. This routing was considered a portion of the main line until the all Canadian route was fixed as diverging from Sudbury junction.
In 1882, a rail line (later called the SOO branch) was begun between Algoma Mills and the main line at Sudbury. The Soo branch. completed in 1884, wasn't needed and remained languid until 1888 at which time it was brought up to standard and extended eighty four miles to S.S. Marie, Ontario, where an intermediary on behalf of the CPR had just acquired the rights to a financially troubled American line, the Minneapolis, St. Paul and S.S. Marie who had a track constructed to S.S. Marie, Michigan. A bridge jointly constructed by the CPR and the American railway company across the St. Mary's river, was completed and opened to traffic in 1889.
Consequently, what was once presupposed to be the CPR's way to the west coast of Canada, became their route to acquiring a major share of the eastbound traffic emanating south of the 49"' parallel. CPR took over the Soo line in 1890 when the intermediary ran into. financial difficulties.
About the same time, in 1888, the Manitoulin and North Shore Railway Co. (M&NSR) was empowered to build from a connection to the CPR at Sudbury, along the north shore of Georgian Bay to Manitoulin Island. In 1900, they were authorized to extend the line via Little Current to Owen Sound. The idea of course was to obtain a southern outlet to Toronto independent of the CPR from Sudbury. At the same time, the railway was projected from near what is now known as McKerrow on the CPR Sault Ste. Marie branch (Webbwood Subdivision) to a connection with the Algoma Central Railway, north of S.S. Marie.
To serve the INCO (formerly known as the Canadian Copper Co.) smelters at Copper Cliff. the M&NSR began construction in 1900 from a connection to the CPR at Sudbury. The junction with the railway of the INCO and the M&NS was called Clarabelle. The line was pushed beyond Clarabelle to the Elsie and Gertrude mines comprising a total of fourteen miles of railway.
A large pulp and paper mill was erected at Espanola on the Spanish river and in order to provide rail services to this facility, a two mile spur was built under the M&NS charter from Espanola to the CPR at Mckerrow and leased to the CPR. Although financial problems in 1903 forced the closure of the two aforementioned mines and halted construction of the M&NS railway, by 1907, conditions had improved and the M&NS railway and Algoma Central Railway extended their lines.
Due to the fact that both railways (although separated by 170 miles) were under the same management, in 1911 the M&NSR became the Algoma Eastern Railway (AER). The rails were subsequently extended to join up with the Espanola spur at mileage 47.6. Although a repair shop was maintained at Sudbury, all heavy repairs were done by the Algoma Central at S.S. Marie, reaching that point by way of the CPR.
The railway was extended another thirty nine miles by 1913 from Espanola to a point on the mainland across the channel from Little Current where a yard and docking facilities were constructed (Turner Yard). This was the end of the line, and though conceived as hauler of ore and ore by-products in the beginning, the Algoma Eastern was to do a lucrative business hauling coal to the smelters at Sudbury in the ensuing years.
In 1930, the AER became a part of the Sault Ste. Marie branch of the CPR when it was leased to the latter for 999 years. Due to the duplication of trackage between Sudbury and Espanola, the abandonment of the Algoma line was imminent. The AER shop and yard at Sudbury were closed down and in 193 1, the trackage between Espanola and Turbine was abandoned. The following year, an additional 19.6 miles from Turbine easterly was taken out of service. In 1935, the track had been lifted to 17.5 miles from Sudbury. Today, this stub is known as the Nickel Subdivision (spur) running 11.8 miles from Creighton to Sudbury. The remainder of the AER from McKerrow to just before the bridge to Goat Island 3 7.8 miles is known as the Little Current Subdivision. Presently, railroad operations use only the first three miles of track.

The Corner Store which became the Tower Hill Cabins & Store on Hiway 68 (now 6) across from the Willisville road.

The Corner Store which became the Tower Hill Cabins & Store on Hiway 68 (now 6) across from the Willisville road.

Kay Willis Smyth and her brother Harry Willis and his girls Jean, Gwyn and Joy. 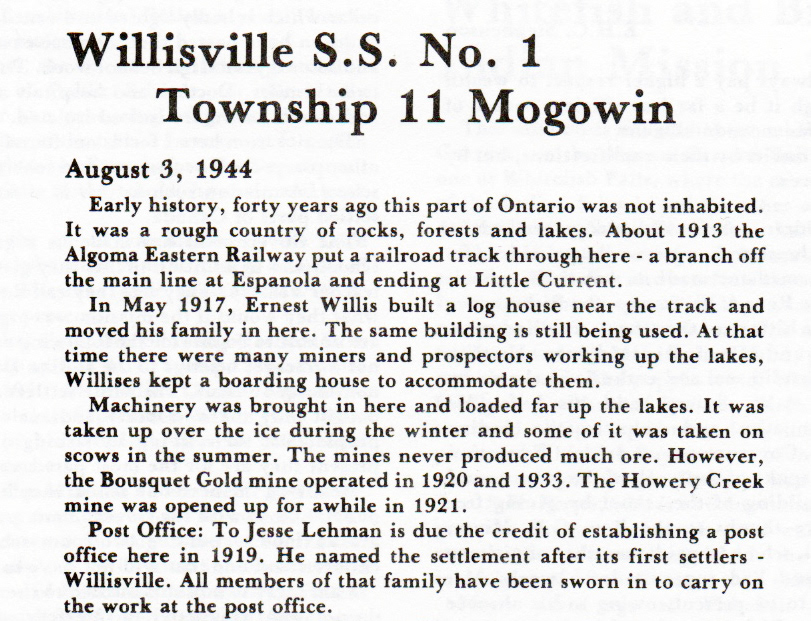 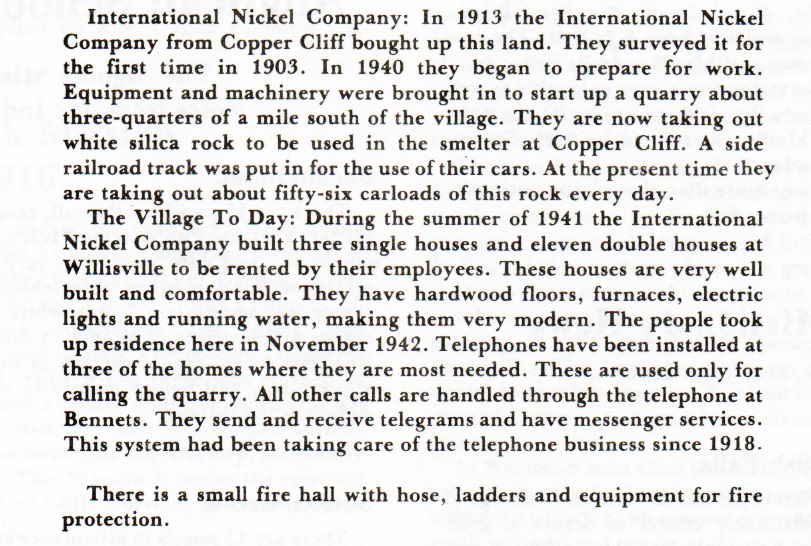 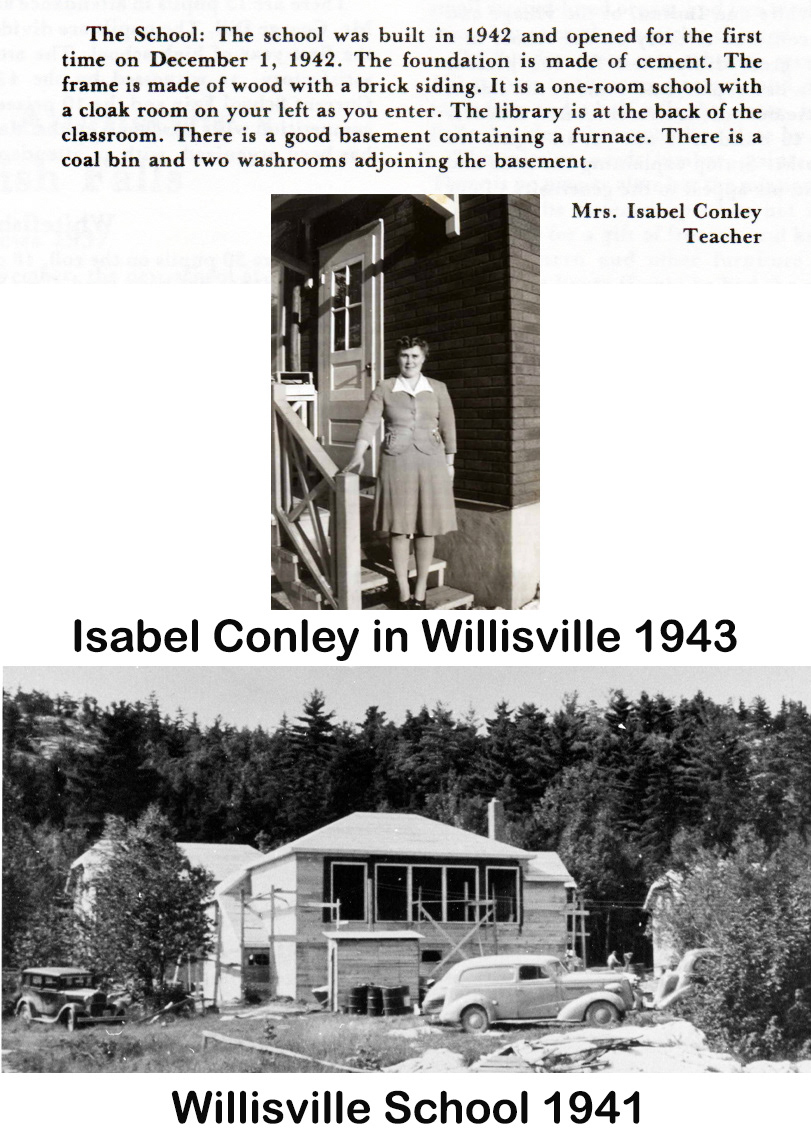 Photographs by La Cloche photographer Jon Butler
↑Back to Top